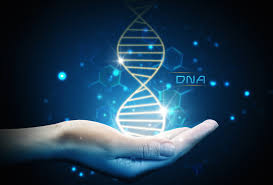 with the AKASHIC RECORDS

How’d I do on my alliteration? Ms. Short? Mrs. Cleaver? Shout out to my high school English teachers…speaking of the past, I’m an absolute sucker for TBT. And hey, I’ve got a scrapbox of old photos, a lifetime in the making. I’ll play!

Oh, and I share doozies, never afraid of the mockery that can follow an incredibly fat and unattractive baby picture. I find them freeing. However, last Thursday, I showed off a bit, and posted a more recent pic of me…still a throwback, as the pic is close to a decade old, but here it is…an old modeling tear sheet…

That’s baby number two, of three, in there!

This second guy, was born in the winter, and it was nearly two and a half years later that he finally started to speak. With kid number one being, well, I’ll just brag, off the chart brilliant (ok, maybe he is still on the chart, but he’s pretty rad), I figured any other babies my husband and I popped out would follow suite…but this one won’t talk. Research eased my mind, that second babies sometime take longer to talk because, the older child tends to interpret and speak for the junior fellow. So fine, we’ll get there.

We got there…he talks now…but so stinking quietly…makes me nuts!!! Now, I’ll admit, I have noise issues. I’m always asking for the TV, the video games, the music, to be turned down a bit. But, too quiet is frustrating too. Speak up child! Why do you whisper? Is this more middle child stuff about being heard in the crowd, what?

So, one day, we are driving along and he asks me a question. Mind you, I’ve just been contemplating, in a Plato like fashion, what if our imagination isn’t something we are making up, but rather our memory…

He says, “Mom, are there cars in China?”

“Well, I was just imagining,”

(Hey, I was just thinking about that particular word…)

he continues, “that in China, there were dirt roads, and people walked everywhere, and they wore robes.”

Ok, so, what happens if I plug this statement he made, about his imagination, into my new paradigm, about imagination being memory…Could he have lived a past life in China? The image of a Buddhist temple pops into my head. Could he have been a monk? Hey, it could explain how quietly the child speaks, and how long it took him to do so…Hmm. I’ll bet he is used to more…one on one connection…when he is talking. I can do that.

So, I began to respect him just where he was. I stopped insisting that he speak up, constantly, and instead, I began to sit closer to him, and look deeper into his eyes when he talked to me. And he bloomed. He opened his soul to me and we connected. He began to tell me about every crush he had in school. Yes, he’s young, but, I figured he may have been deprived of girls his last go around, so whatever. He even told me once, that if I were his age and I wasn’t his mom, he would have a crush on me. Oh, my melting heart. I want to get that sweet child his Pug.

Guess what I just found out about Pugs. Left my jaw on the ground.

Pugs are the most popular breed of choice of the Tibetan Monks.

Fun Right? Well, its my kind of fun. I’m a believer. I’ll bet the Akashic Records will be proud of my decoding. Just for fun, and since this blog is called  “Ask Your Records”,  I’m going to connect to my Records and see how I did. Calling in the light…. 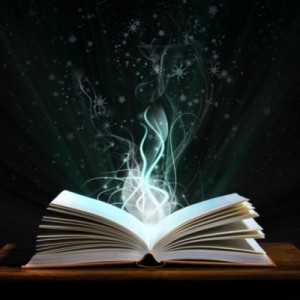 THE RECORDS ARE NOW OPEN.

Well, hello! I’m excited, check out what I’ve put together regarding my middle child and how I relate to him now…So, I think he was a monk in a former life. And now that I know this, I’m adapting my ways of relating to him, and I’m loving the results. So did I get it right? Was he a monk?

What you got right was,  you softened and accepted him for who he was in this moment.

Yeah, but, I got to that to that point because of what I realized about him. I really want to know if it is true?

It doesn’t matter if it is true, Emily.

How can you say that?

Not what you were expecting?

No! I wanted my past life decoder ring! A tingling third eye! Something! I would think, this would be a perfect chance to strengthen the idea of how understanding reincarnation can help us.

It’s a chance for YOU to understand that. Since its meaningful to YOU. The deeper truth is, it doesn’t matter if it true or not. What matters is the story.

What do you mean?

What matters is the story you chose to believe in, had the power to change you…

Whoa…the power was in story…I think I get it.

THE RECORDS ARE NOW CLOSED.

It doesn’t matter how you change, only that you do.