with the AKASHIC RECORDS

Well, I have no damn clue. I’m going to ask my partner Nick and we’ll make a podcast about it…but until then, here is my personal experience… from Mother’s Day weekend.

Warning: Depending if you count damn, I curse 8-10 times in this article.

First, let me give you a moment to get over the shock of what I’m about to say. We spent Mother’s Day stealing, hitting children, and making them cry.

That’s right, some I mean, non-mom, scheduled Game One of little league playoffs on Sunday morning. Brilliant. Even for a Coach’s wife, who LOVES baseball, I was rolling my eyes.

How we became arch rivals is a complex story, as stories that detail our history usually are. I’ll spare you the details, other than at one point in time, we were all on the same team. And, now, we are not.

This would be the third time We had faced Them…

The first time was pretty friendly, a little poking at each other on social media. The parents, not the kids. (Let me go ahead and own that, it wasn’t “the parents”, it was “me” poking the coach of Them.) I thought it was fun to stir the pot a bit, although I would have never called us rivals at this point. After all, we had spent endless hundred degree hours sweating, talking, laughing, and cursing. (Okay, again, I’ll own the foul mouth, that was “me”, not everyone was cursing….there are always a few “Goodies” in the bunch.) We had survived something together. We had watched our children succeed and fail. We had gotten damn good at spitting seeds. The dill ones. We were bonded.  And, I missed them.

They spanked our asses that night.

They really, really enjoyed it, too.

Immediately after that first game, the count down to the rematch was on. We would face Them one more time in the regular season.

On the evening of the second match up,  the air was electric. I could feel it. The energy of the full moon was in effect. Hawks were circling.  Also, I had lined the outfield with crystals. Yeah, totally weird…BUT,

Mind you, this is only our second win this season.

They called it a “dirty win”.

It was dirty. From both sides. Each blaming the other for being the filthier dirt slingers.

Poor kids. They were deer in headlights. A few might have peed their cups. It wasn’t pretty.

So how we ended up playing them in the playoffs, on Mother’s Day, was our karma from the Universe…

We had been given a do over. A chance to be kinder and more compassionate.

How’d that go for us? We sucked the big one.

More drama, more dirt flinging, more popping veins, more screaming and yelling than I have seen in a while. The place was fired up. Anger and frustration so deep, we are all obviously releasing every bit of pent up rage we had been holding for God knows how long. Eruption.

Hmm. Big lesson for me. I realized that in this environment, I was not anywhere close to what I strive to be, which is: 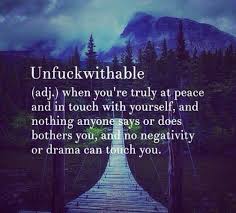 One could say that competition brought out the worst in us.

Many of the mud-wrestlers who participated in this event closed the book at this point in the story.

I have more to say.

Because, I see a huge opportunity. What does it say when we find resolution? When we lay down our perspective and just have compassion. Forgiveness. For ourselves and others. It’s not that difficult. This would really make the boys pee their cups.

Compassion and forgiveness are spiritual principals whether you like to imagine Jesus whispering in your ear, or Mother Teresa, or you like to hear me get all witchy and tell you about the Fourth Cosmic Ray, which brings harmony through conflict. Same shit, folks.

Whew….it was a heavy week…I’m ready for some energy clearing…Which is exactly what you will get in this week’s replay of Akashic Answers with Emily. (Sometimes in my shows, my viewers get lucky and we’ll do a live activation or clearing of some kind. This is one of those weeks!!! If you need to clear your baseball field, oh sorry, I mean your energy field, there is a powerful, fun, and very entertaining ceremony that will set your shit straight.